Once a year, we celebrate the adventures happening in a galaxy far, far away. It's Star Wars Day!

"May the 4th be with you" started as a pun between fans and ended up becoming a holiday. 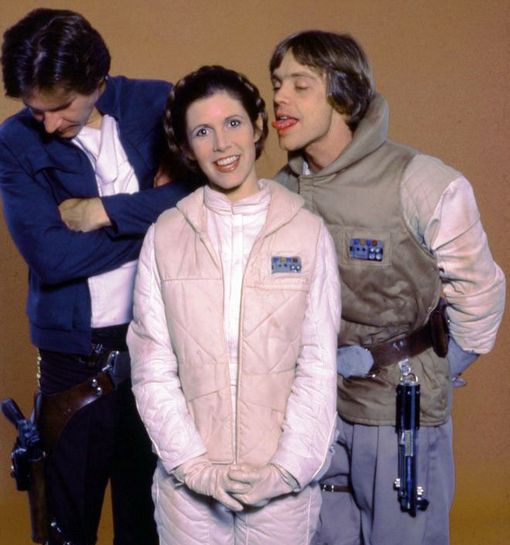 To celebrate their victory, her party took half a page of advertising space in the London Evening News.

The message which referenced their important victory was ‘May the Fourth Be With You, Maggie. Congratulations,’ an undeniable proof of the extent to which Star Wars has influenced popular culture.

This was one of the first known times when the phrase "May the 4th" was used.

As you probably know, the famous phase "May the Force Be with You" was used by Alan Arnold, the author of The Empire Strikes Back for Lucasfilm in 1979. With the help of the Internet, Star Wars fans from all around the world started to connect, build friendships, and celebrate Star Wars Day together.

Seeing how well people responded to the idea of a special day to celebrate Star Wars, the film company Lucasfilm decided to embrace the spirit of fandom and started using #StarWarsDay across their social media channels.

Their goal was to help spread the word, as well as showcase fan activity. After this, more and more official partners decided to become part of the trend and offered sales, giveaways, and also hosted different events to honor the day. But let's not forget that the fans are the real creators of this day, so this is their day.

How to Celebrate Star Wars Day

2. Share greetings and socialize with other fans across social media Recipe by: How To Cake It Made by: Liska Myers Made by: M. Gulin Made by: The Geeky Hooker Made by: Crystal Owens

5. Dress up as your favorite character “Pass on what you have learned.” - Yoda Aw, this is so cool! I love the lamps and the sock puppies. Thanks for sharing! :)

These snack ideas are so fun! I know my kids would love them!

those party snacks are the real deal! love this comprehensive list. what fun ideas.

Hahaha these are such great ideas I love it!! My dad is a huge Star Wars fan so we always celebrated this growing up